In this section you will find the list of categories and information about its calculation, the data source is also reported.

(**) Yes if the isoline is claculated in one of the following countries: Australia, France, Germany, Italy, South Africa, Switzerland, UK, USA

Calculation logic based on level

Each datum is memorized with the relative GPS coordinate, so the calculation is exact.

The census district is the minimum unit managed by ISTAT. Having demographic data, these are stored with BUILD LINKING logic (see below).

In South Africa, wards are geopolitical subdivisions of municipalities used for electoral purposes.

For each census district, from the map the residential buildings are read and their size are estimated. At the end of this calculation each building will have a weight in relation to the other buildings of the same census district.

In addition, on all residential areas, the system creates fictitious buildings equally distributed in it.

Having the population data for the census district this will be distributed on the buildings in relation to their weight.

Given that by now the cartography reports with good accuracy the buildings on the territory this methodology gives an excellent precision. In the case in which the census district indicates a population, but for the same the cartography does not show any building (it can happen in isolated areas of the countryside) the system, in order not to lose these values, creates fictitious buildings equally distributed in the census district.


As you can see in the following example image the areas with fewer houses, parks or squares, are those with a lighter color, so with low population density. 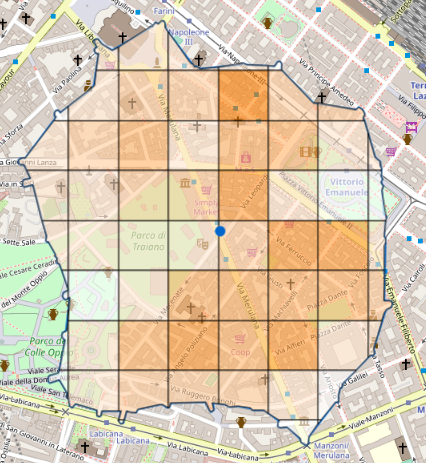 The system in some countries provides a grouping by administrative regions, both graphical and table formats.

The type of administrative region depends on the country in which the thematic map is requested, even if it is typically a municipal grouping. 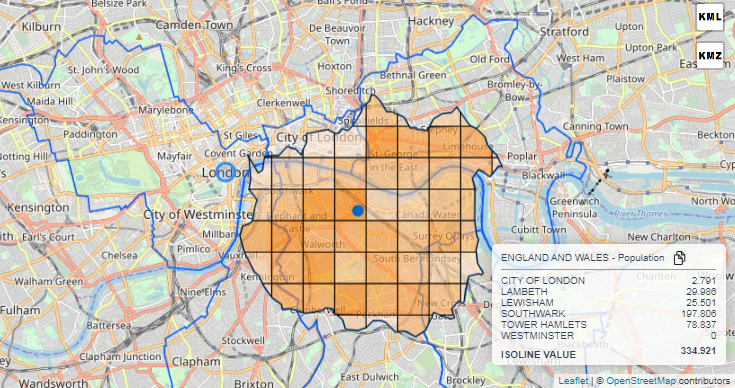 By moving the mouse over the click PIN an information window is shown and you can find the total population under the polygon. 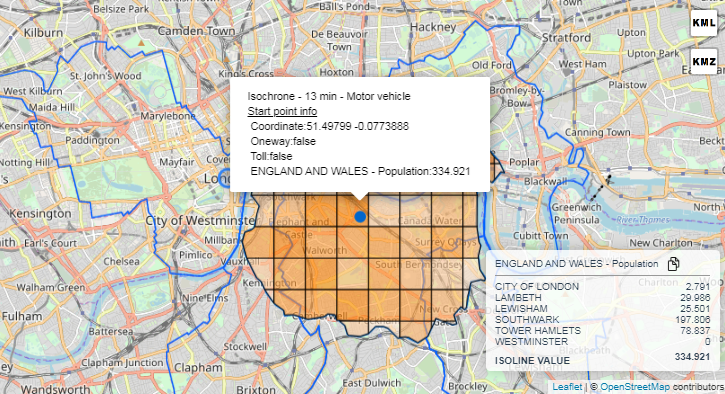 By moving the mouse over a municipality represented in the table, the corresponding municipality boundary lights up on the map. 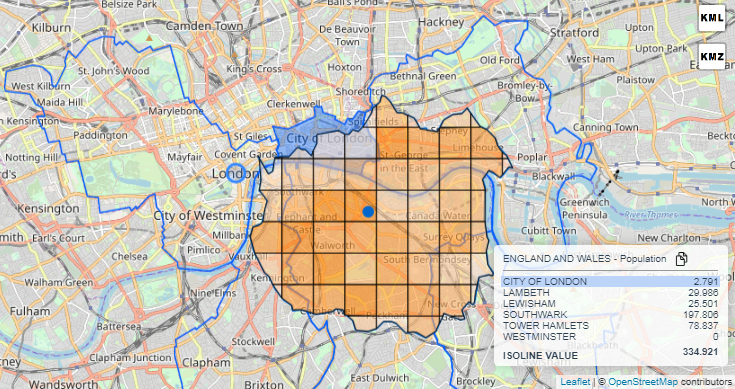 HOW TO SHOW A THEMATIC/CATCHMENT AREA

The thematic map can be selected from the menu as shown in the screenshot below. Then proceed with the click on the map in the desired analysis point. To reapply a different thematic map on the point already present on the map, you can use the icon to the right of the categories: 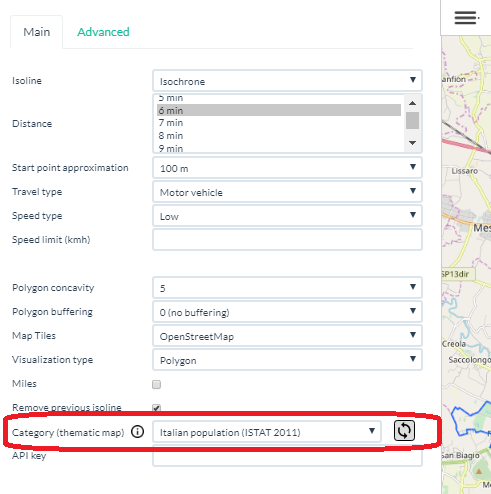 Our developers can support you in case you need to have these features directly integrated into your systems. Please contact us.